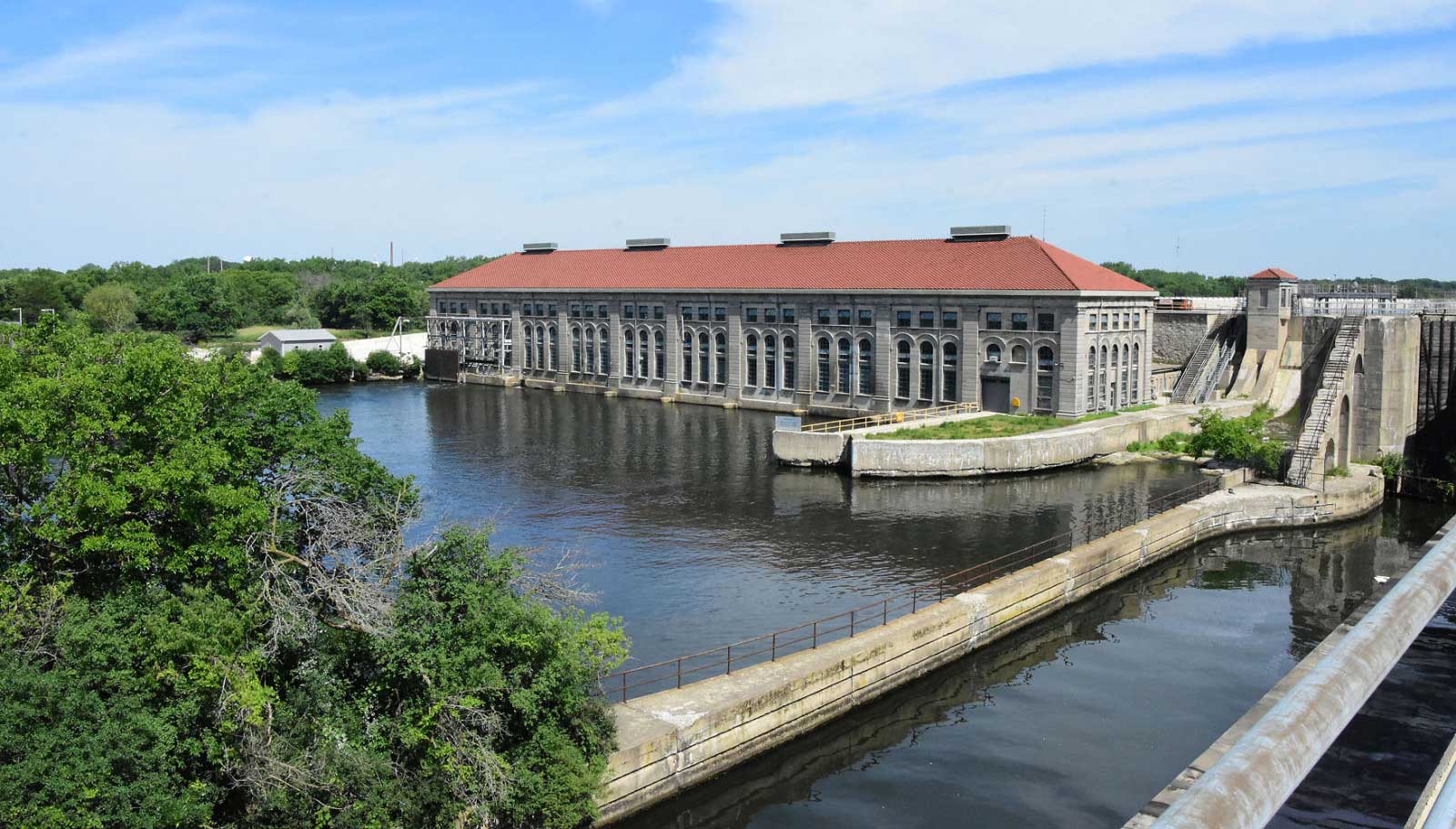 A Brief History of Lockport, Illinois

With a lack of adequate transportation in Northeastern Illinois in the 1830s, Abraham Lincoln and eight other legislators came together to form a solution. At that time, there was no efficient route to connect the Atlantic Ocean to the Great Lakes. To resolve this, Lincoln and his fellow legislators named Lockport the center city for construction of the I&M (Illinois and Michigan) Canal. This opened up the United States to the Midwest and aided in the massive growth of Chicago. 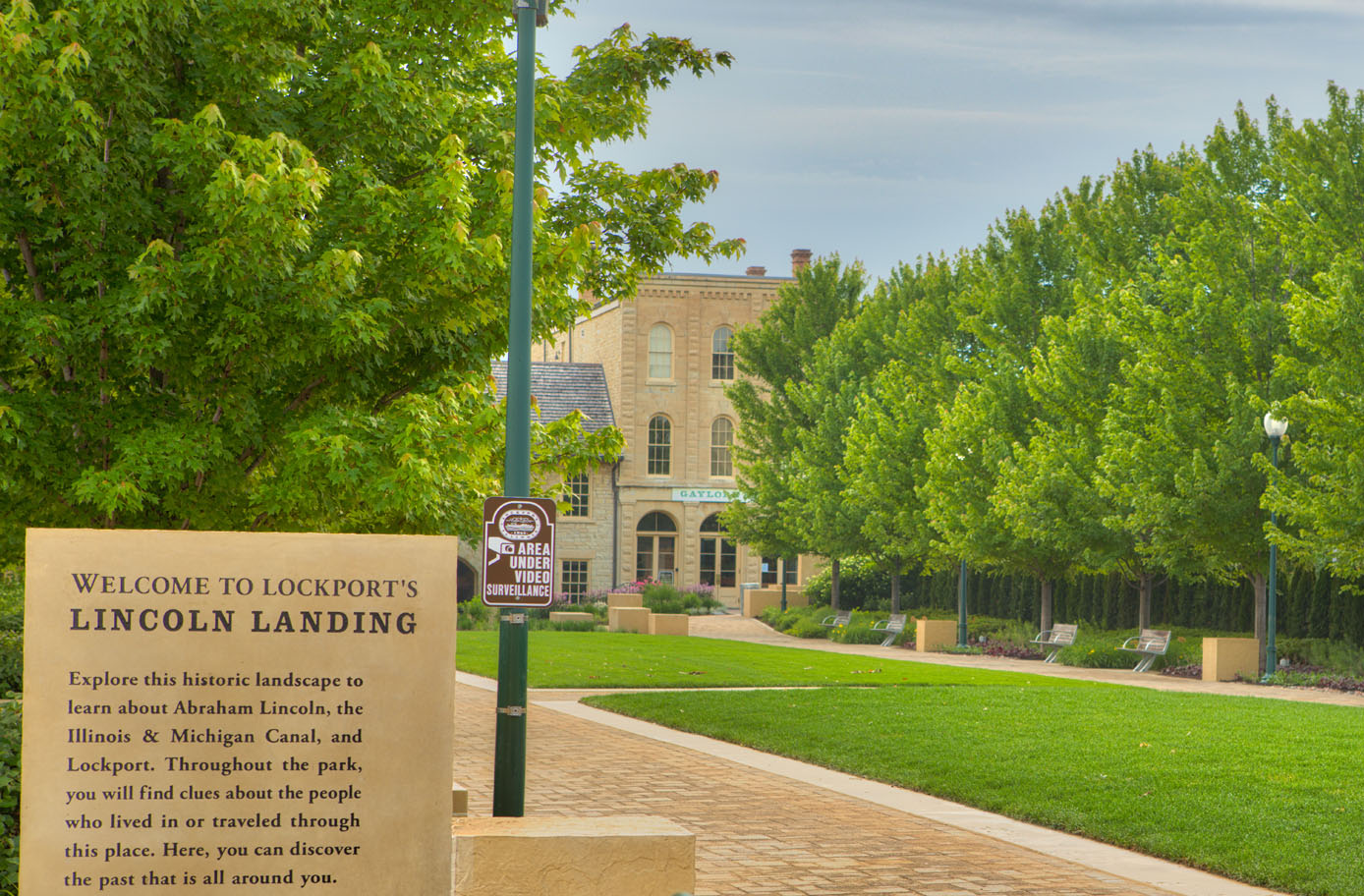 The Development of Lincoln Landing

In the spring of 2007, Give Something Back, a scholarship and mentoring program headquartered in Lockport, Illinois, collaborated with several local and regional public and private entities to develop Lincoln Landing. In an effort to both highlight key individuals in Lockport history and recognize the historical significance surrounding the canal, the park celebrates Lincoln's involvement in the city's development.

Lockport's Lincoln Landing has been officially designated as one of our endorsed historic sites.

The Heart of Lockport

Located in the heart of historic downtown Lockport (IL), the Lincoln Landing is a two-acre park and museum. Lockport’s version of a piazza – this open air public space is at the core of the community –home to events, concerts, artwork, weddings, and more. The site is in an ideal location to serve as a gateway to the rest of the City and a resting place for recreation along the I&M Canal.

Dedicated in 2009 for the 200th Anniversary of Abraham Lincoln’s Birthday, the design of the park captures the Landing’s heritage as a key port along the Illinois and Michigan (I&M) Canal and Lincoln’s connection to the waterway. A statue of a young Lincoln stands in the center contemplating the canal, while bronze medallions placed throughout the park detail historic facts through a self-guided tour.

The Lincoln Landing has been officially endorsed as a historic site of the Federal Abraham Lincoln Bicentennial Commission. The park received the Merit Award for Design from the American Society of Landscape Architects, Illinois Chapter in 2009. 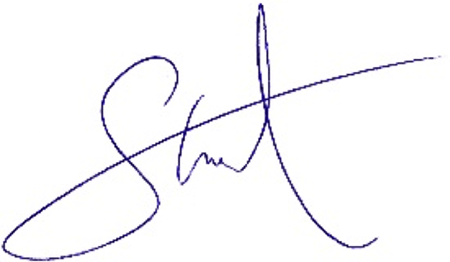 The park offers an abundance of educational opportunities as well as a beautiful landscape to admire. Visitors are invited to observe themes of migration, immigration, urban studies and the growth of the US while enjoying the park’s peaceful aesthetic.