Dr. Dennis Cremin a History Center Professor, Director at Lewis University gives you a tour of the must-see attractions at Lincoln Landing.

Lincoln in Three Poses, the focal point of Lincoln Landing, sits at the original edge of the canal, giving viewers an indication of its former width. The mule boy metal figure on the west side of the canal would mark the other bank. 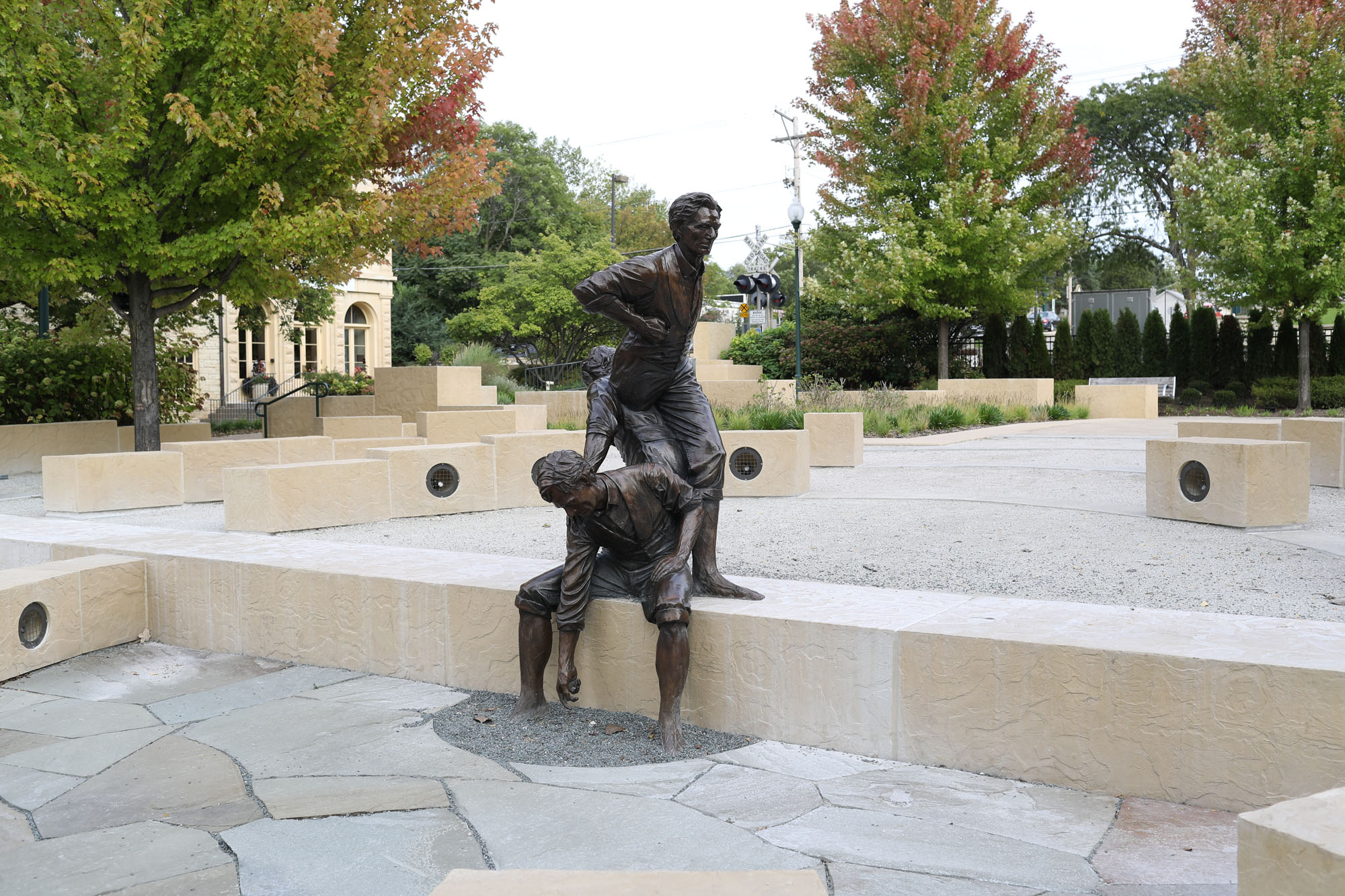 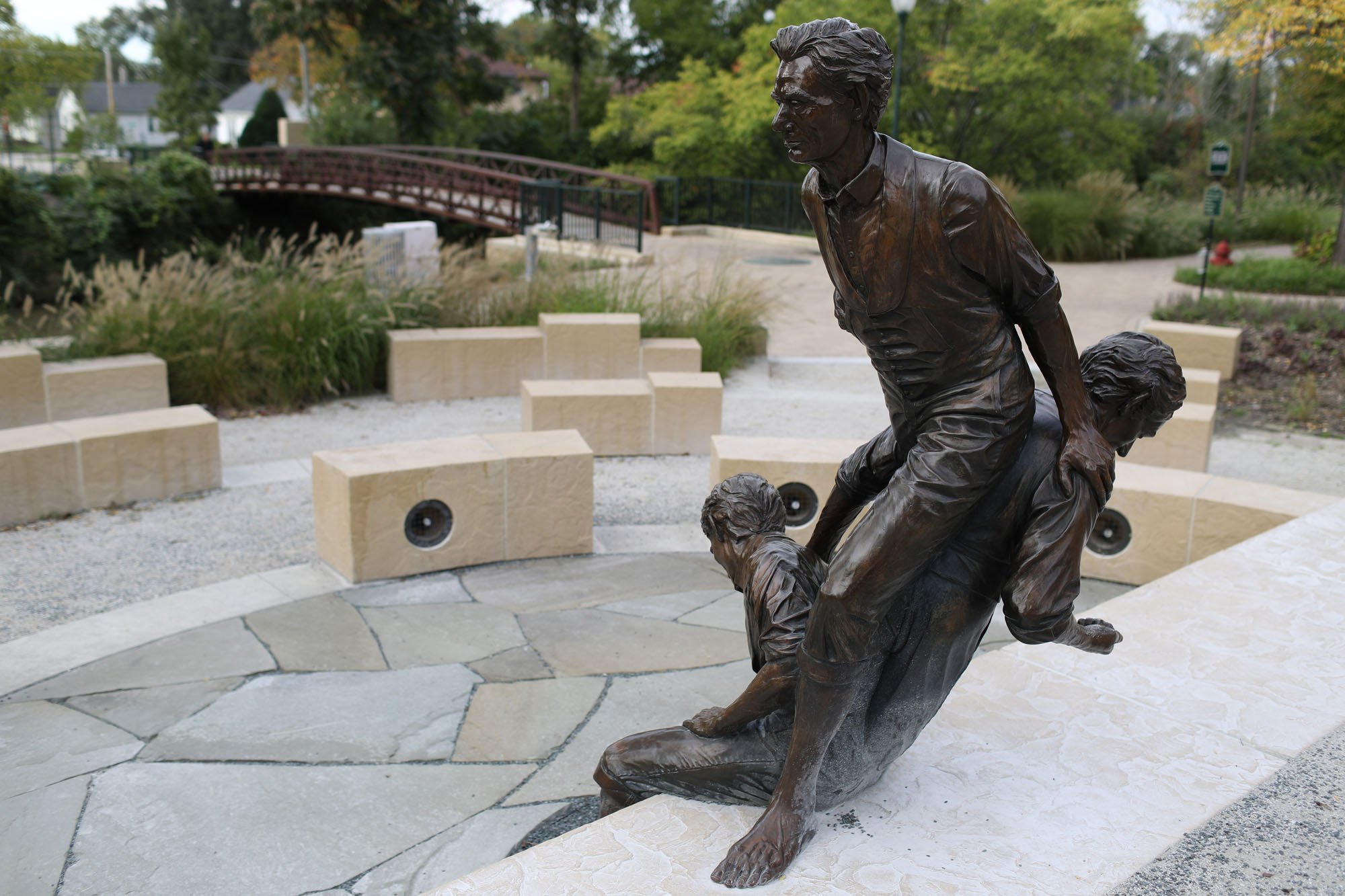 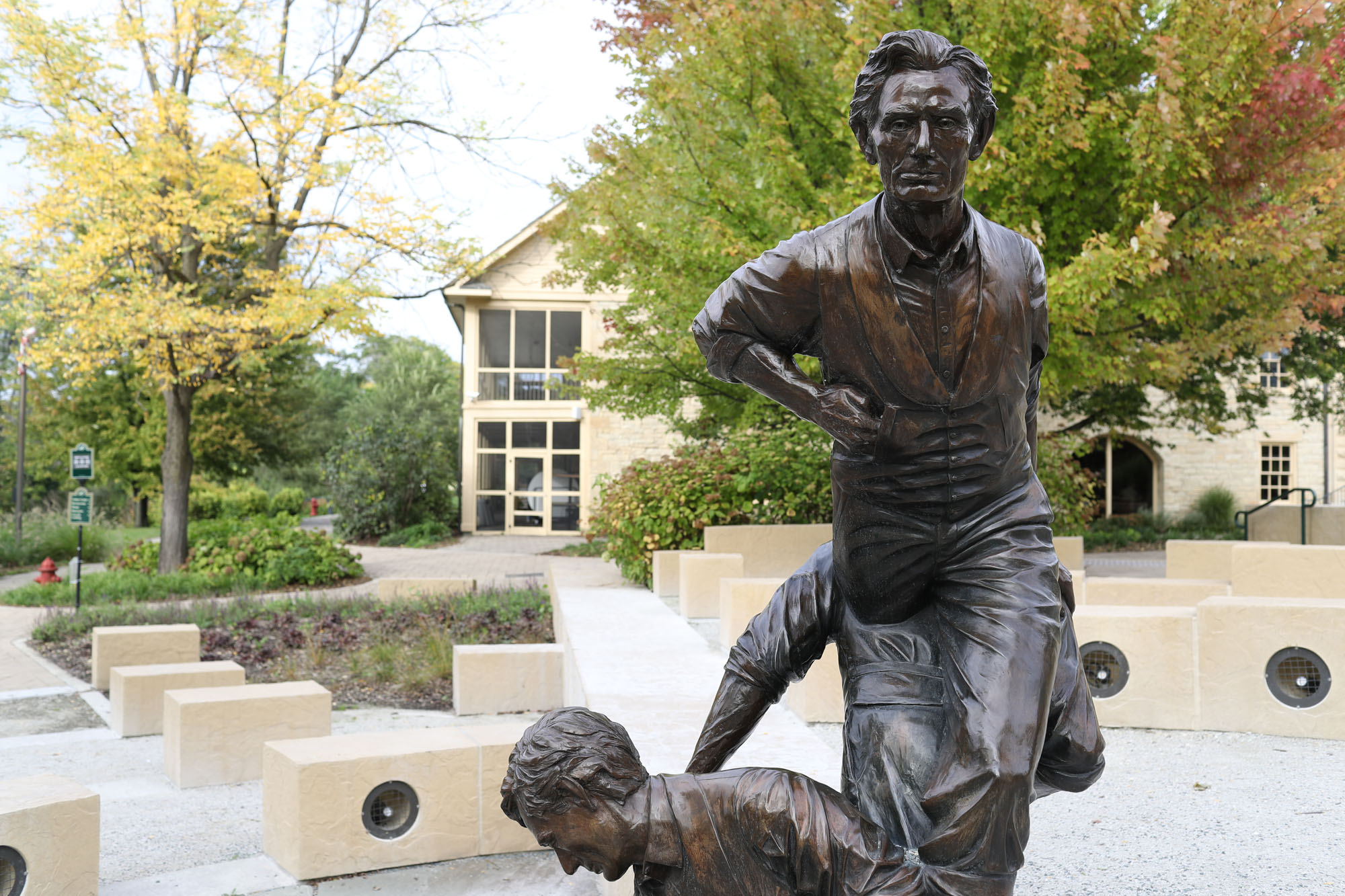 My inspiration came from figuring out how to physically weave Lincoln into the fabric of Lockport and the I&M Canal. Now a minor stream, the canal was once a major bi-way, a transformative force upon the entire state and country, not to mention Lockport itself. 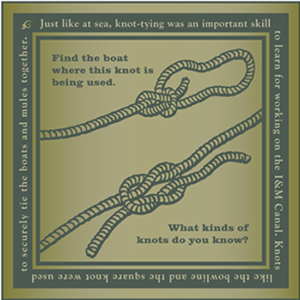 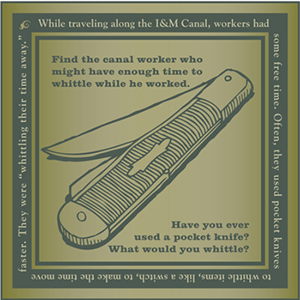 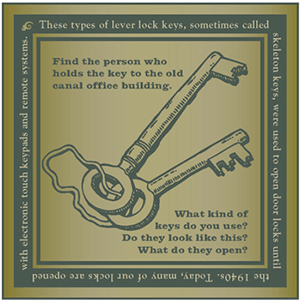 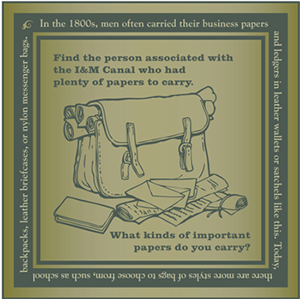 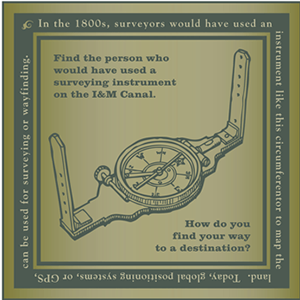 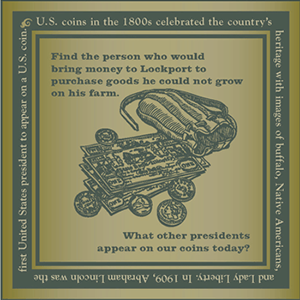 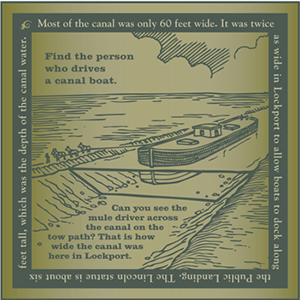 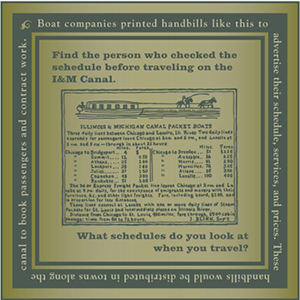 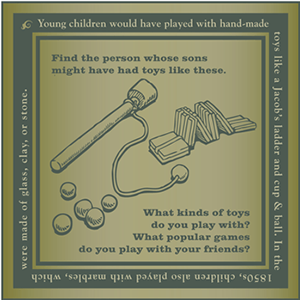 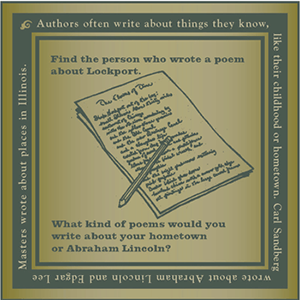 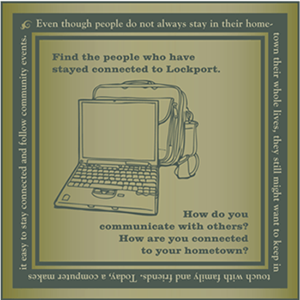 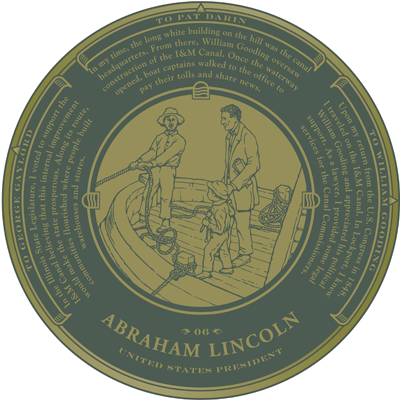 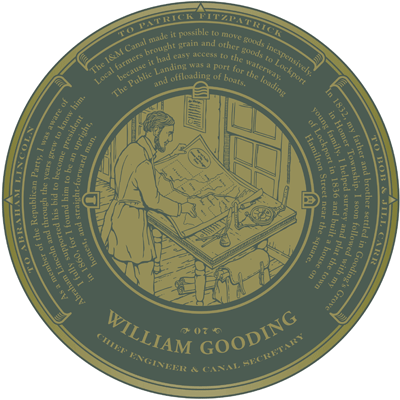 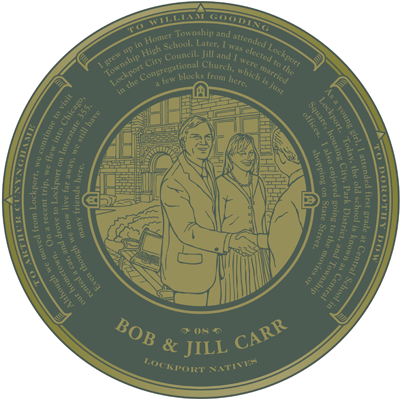 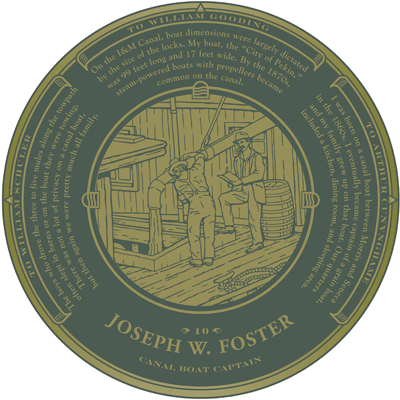 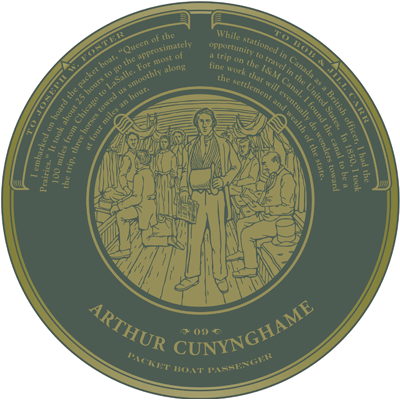 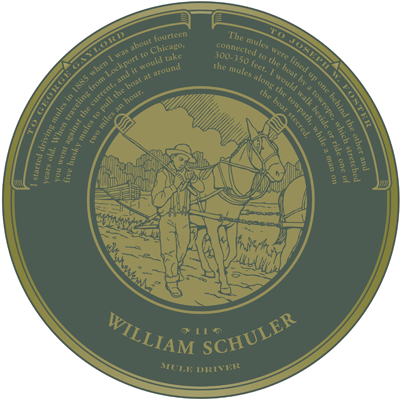 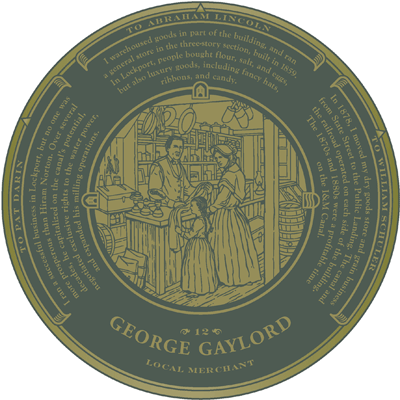 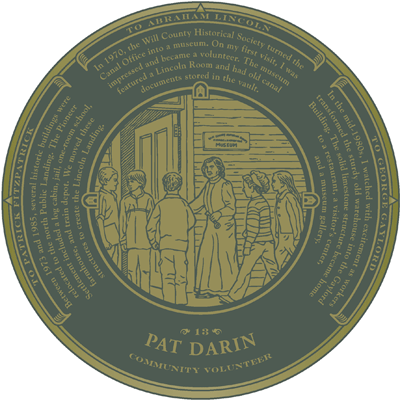 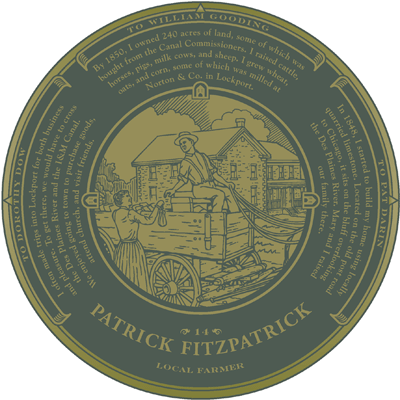 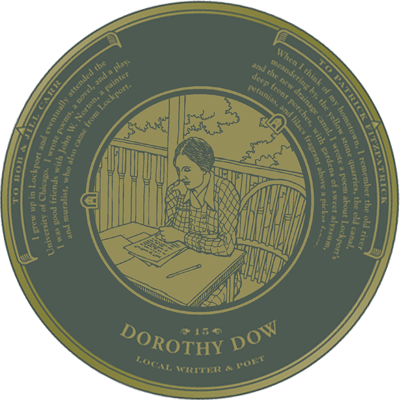 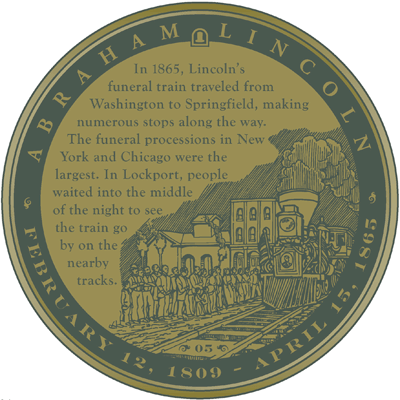 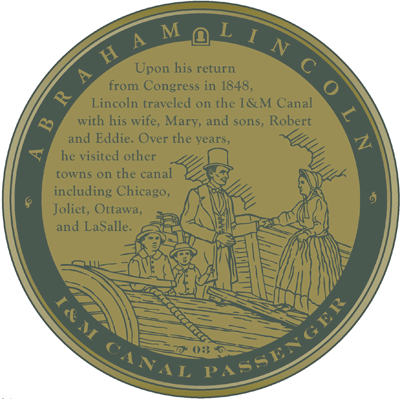 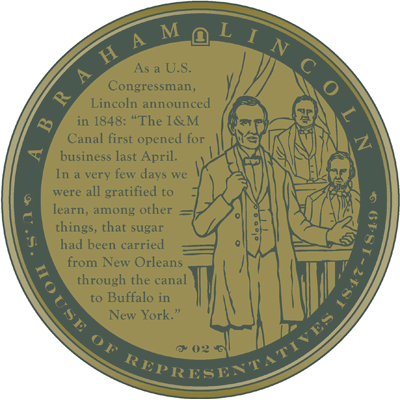 In addition to being a spectacular historical landscape, the park has a number of interpretive elements. In a larger context, the park provides a point of departure to investigate themes such as the growth of the United States, immigration and migration, and urban studies. There will be 10 individuals featured in the park. Young visitors will enjoy searching for the hidden clues in the landscape, which provide insight into the people featured and their lives. Everyone will enjoy learning a little bit about a canal boat captain, a local farmer, a renowned poet from Lockport and other fascinating figures from the past.