A Connection:
Abraham Lincoln and Lockport
By Robert Carr 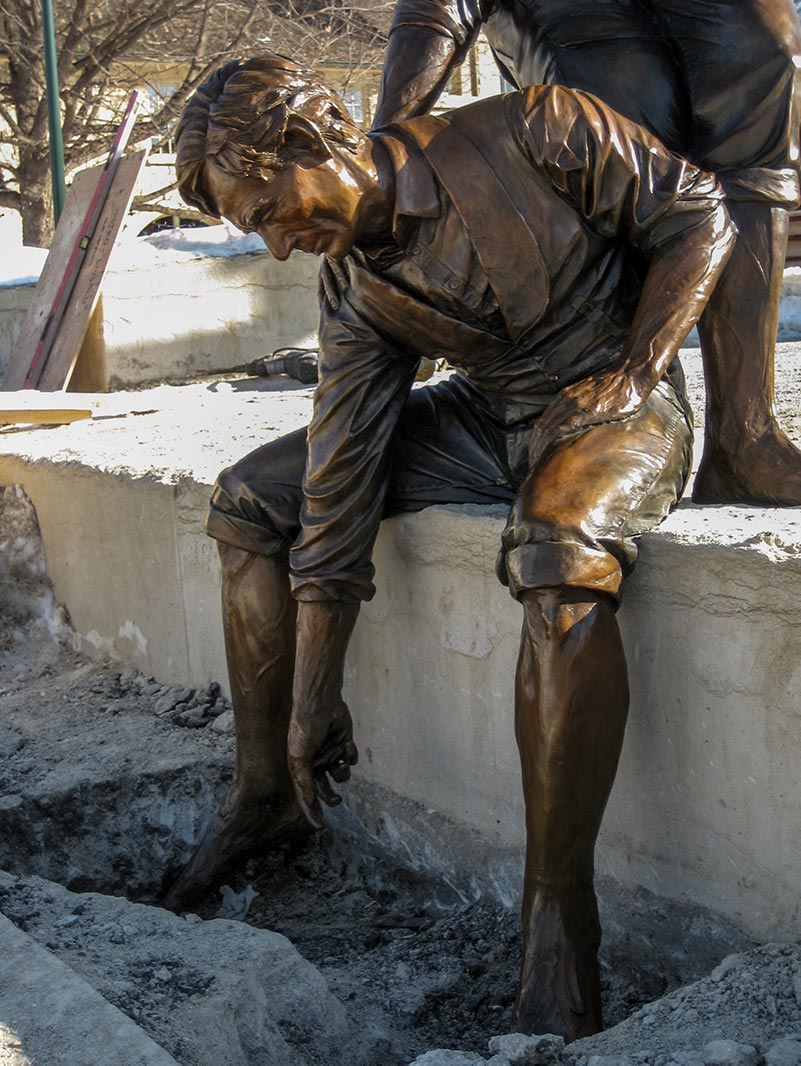 Few cities in America have a history as rich and of such importance to the early development of its state as Lockport, IL.

Two significant problems confronted the young State of Illinois in the 1830s: the capitol building was falling apart as a result of hurried and poor construction, and the development of the northeastern part of the state was suffering from the lack of adequate transportation.

A young man named Abraham Lincoln and eight of his fellow legislators from the Sangamon County area, mostly tall men known as “The Long Nine,” agreed on a solution to these problems: to move the capital from Vandalia to Springfield, the seat of Sangamon Country, and to construct a canal that would connect Lake Michigan to the Illinois River. Legislators from northern Illinois agreed. Springfield became the state capital and the area that was to become the city of Lockport was designated as the headquarters for the construction of the new canal.

The city of Lockport may have been named after Lockport, New York, a major hub of activity on the Erie Canal, which by 1818 had connected the Hudson River (and therefore the Atlantic Ocean) to the Great Lakes. Some workers moved from that massive endeavor and other canal projects to the construction of the Illinois and Michigan Canal. The organizers decided to place the headquarters at the steepest drop along the proposed canal’s path to take advantage of the potential for water power.

At the height of the construction, Lockport was one of the largest cities in the state – arguably, for a time, as big as or even bigger than Chicago. Upon completion of the I&M Canal, people, goods, and ideas moved along the route. It is believed that Abraham Lincoln traveled on the canal on more than one occasion between 1848 and 1852. In fact, during his only term as a Congressmen, Mr. Lincoln addressed the House of Representatives in 1848 proclaiming the completion and the opening of this important waterway.

The canal made it possible to ship materials from the harbor of New York City to New Orleans. The goods could make their way up the Hudson River, onto the Erie Canal, through Lockport, New York, across the Great Lakes and on to the I&M Canal. Once on the canal, they would pass through Lockport, Illinois to the Illinois River, and on to the Mississippi River, traversing the heart of the United States on their way to New Orleans and the Gulf of Mexico. The incredible work of building the canal, centered in Lockport, Illinois from 1836 to 1848, opened up the eastern part of the United States to the Midwest. This played a pivotal role in making the United States an economic power and helping Chicago grow.

After Abraham Lincoln won the Republican nomination in Chicago in 1860 with the help of his friend William Gooding, Canal Superintendent, Lincoln was elected the 16th President of the United States. In his first term as president he signed legislation permitting the I&M Canal to be used for the transport of cannons and armaments that were employed in the decisive siege of Vicksburg, Mississippi, a major battle of the Civil War. Local lore holds that Abraham Lincoln traveled through Lockport several times. Not too many years after the opening of the I&M Canal, workers set railroad tracks along Commerce Street in Lockport, where the railroad remains to this day. The original canal headquarters building now stands to the east of those tracks with the canal running parallel to the west.

It is only fitting that after his assassination, as the nation mourned, the body of Abraham Lincoln traversed these tracks through Lockport on May 2, 1865. The train carried Lincoln’s remains to their final resting place in Springfield, Illinois.